Do you want a minimalist design for your home and do not know where to start? Here we tell you!

Minimalism has become one of the favorite styles of people for its simplicity and elegance, here we tell you how to give that minimalist touch to your home. 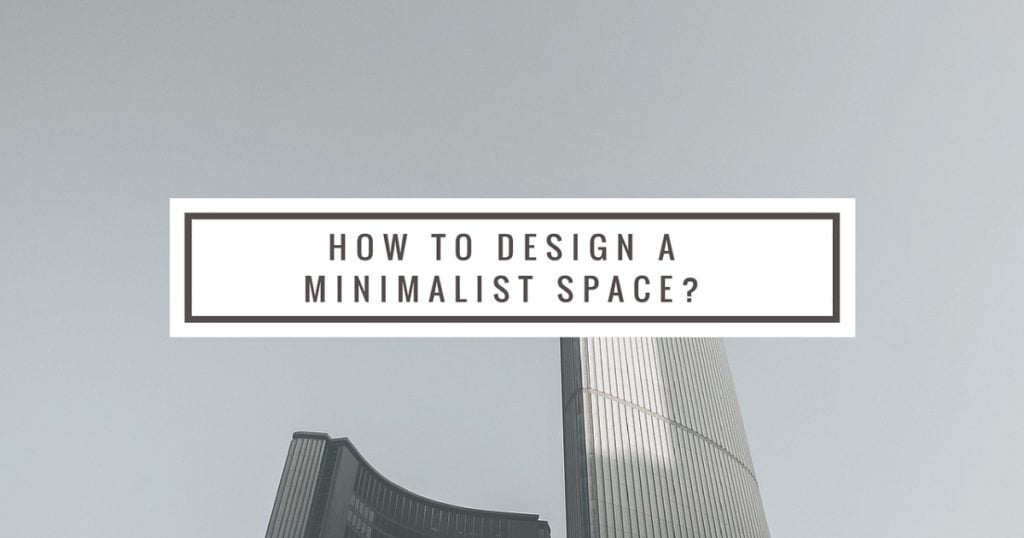 Today in Arquinétpolis we will talk about minimalism and everything theoretical that concerns this style that has created a trend in the world of contemporary architecture. The minimalist style has recently become fashionable in Residential Architecture and interior design, but perhaps we have sometimes heard about this style without knowing for sure what exactly it is.

Well, the concept «minimalist» or «minimal» is a translation of the English word «minimalist», another term widely used to refer to this style above all by designers and is «minimal».

The beginnings of this style were first in Europe with the school of Bauhaus architecture that began to lay the foundations and aesthetic philosophy of this style in Germany and later spread throughout the rest of Europe, with the start of the Second War Worldwide the vast majority of pioneering architects of minimalism (Walter Gropius, Mies Van der Rohe, among others) had to migrate to the United States practically as refugees and continue to develop this style there with the so-called «Chicago School» that began to propagate the minimalist philosophy around the United States and later in Latin America.

However, the formal beginning of minimalism as we know it today is in New York City in the 1960s, basically the guidelines were the simplicity of architectural forms as well as the sobriety of colors and wide and free spaces. ornamentation or adornment.

Although in the end the sum of many ideas and concepts of several architects ended up creating this style there is a manifesto of the architect Mies van der Rohe that the world of architecture considers as the true beginning of the minimalist movement in the world, the title of this manifesto is a phrase that immortalized this architect and that perfectly defines the operation and philosophy of this style, the phrase is: «Less is more». But … how can we transfer all these concepts to the real and current architecture that is developed today? well, the main characteristics of this style are:

However, in the world of architecture there are works that were pioneering and defined this style as they are, the Farnsworth House and the Barcelona Pavilion designed by the architect Mies van der Rohe, these works are cataloged as the principle of minimalism as current and architectural style, however minimalism is not only about the architectural aspect, inside the interior design there is also a variant of minimalism as well as in gardening, there are many different examples of minimalist gardens that also give us visual sensations outdoors .

As far as interior design is concerned, the minimalist current seeks smooth walls or with a polished finish and light colors such as the color white used as a base color and some other color to contrast, the furniture is also an important part for to be able to project this style and they must combine in aesthetics and form with the rest of the house to give a totally modern look, the design of the minimalist furniture is based on simplicity and functionality, its austerity in the ornamentation makes it very easy to identify everybody.

How to design under this style? Tips and recommendations

If you want to create a space under the minimalist style, you should use materials such as polished cement, glass and steel, the polished finishes give a visual sensation of neatness and this is very important for what we want: Spaces of ornamentation and sober.

As far as the colors are concerned, we must maintain a balance and not saturate the spaces with colors, usually we need a base color that occupies approximately 70% of the surface of the space and another color is used to contrast or harmonize which is the which occupies the remaining 30%, this color can also be included in accessories such as rugs, curtains, cushions, etc.

Another basic and important aspect in minimalist design is the sense of unity and how we provoke it, in our design there must be elements that combine and form a whole, this can be found especially in interior design where we can combine elements such as armchairs or other furniture with accessories that are part of the space environment.

Furniture in a minimalist space is part of the concept of style since it must be synonymous with simplicity and functionality. The austerity in the design is basic in the minimalist decoration. Do not try to put more furniture than you need, for a living room with enough chairs and a coffee table, do not saturate the space with elements that do not add anything of value or symbolism to the space. Something that fits perfectly in minimalism are the monochromatic environments. You can work with a single color with different tones, the colors that can work best for this purpose are brown, beige or so-called «sandy colors».

In terms of exterior minimalism is present in gardening, minimalist gardens are usually contemplative and focus on symbolic elements such as a tree, a sculpture or water itself.

They usually have a little variety of flora, I personally prefer a garden of these characteristics that invites more to reflection and relaxation than to a garden full of elements and that visually saturates you, I am very from the idea that Gardens or outdoor spaces should serve people to relax especially for people who work for many hours and seek an escape from stress. Many people see this style as something elitist or as something that only belongs to luxurious homes and wealthy people and it is not so, we ourselves can set our house under these precepts either in gardening or in the decoration of our house.

Well friends, for today I say goodbye hoping that this entry has been of your total pleasure and that you have liked, I invite you as always to join the blog community on social networks via Facebook or Twitter and for more content like this visit and recommends https://arquinetpolis.com