In the WWDC 2017 Apple introduced the new versions of the MacBook, as well as the iMac, both have very important best.

Here we present the details of these new MacBook, as well as the iMac and the improvements that, as an architect and designer, you can take advantage of. 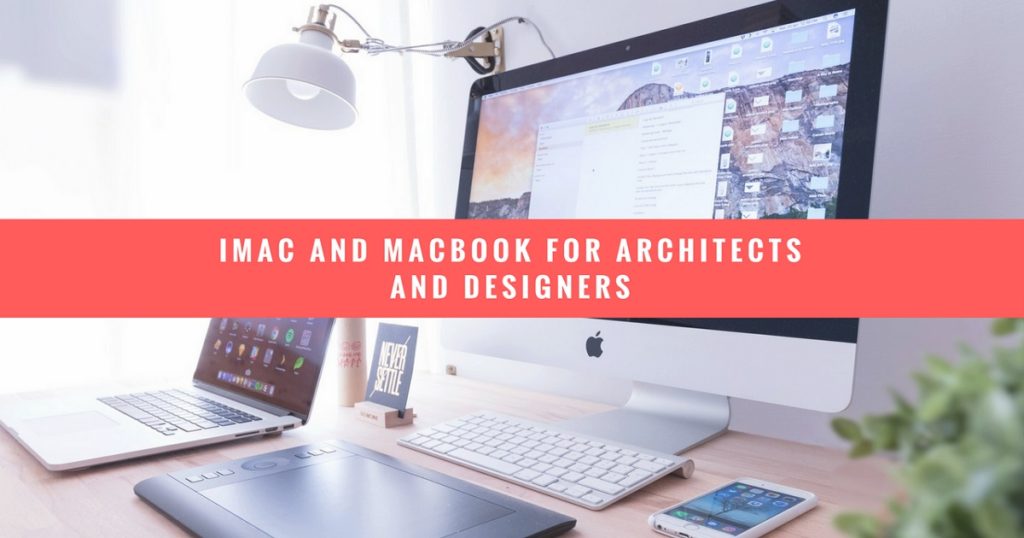 Today in Arquinétpolis we will talk about technology for architects, this time we will make a review about what happened yesterday at WWDC 2017, an event for developers and where, publicly announced new versions of MacBook that will be available starting next December.

The new family of Apple computers will be available with the new seventh-generation Intel processors, with a speed of 4.2 GHz support up to twice as much memory as the previous generation.

The improvement in the speed of the processors is a great advance that, as an Architect or Designer you can take advantage of when working with a software specialized in design, it will mean an improvement in the response and work of the software. If you dedicate yourself to 3D modeling and rendering, it’s also good news for you.

Apple has updated its iMac with screens up to 40% brighter and capable of displaying up to one billion colors. Another new feature is that a new 21-inch iMac model has been implemented that includes a 4K Retina display with two additional Thunderbolt 3 USB-C ports.

To this new 21-inch iMac, we can call it a «low cost» version of the well-known computer, in addition its additional ports will allow you to work with greater connectivity in your office or office.

The 27-inch version of iMac also underwent improvements, and is now available with a configuration of 64 GB.

iMac Pro (The most powerful Apple computer in history)

Apple announced that it was listed as «the most powerful Apple computer in the history», is an advanced version of the iMac and was dubbed «iMac Pro», it offers the maximum graphic power that Apple is able to implement. Of course, this computer is perfect for architects and other design professionals.

This advanced version of the iMac has an Intel Kaby Lake 8-core processor, can reach up to 18 scaled cores and up to 64 GB of memory, also has a storage of 4 TB in SSD.

The screen of this computer is brighter 43%, it has 5K technology and with AMD Radeon Vega graphics card, which, according to data, increases the power beyond 50% than its predecessors.

As far as storage is concerned, the new iMac have a SSD disk faster up to 50% than its predecessor and will have a capacity that reaches up to 2 TB, it is definitely a breakthrough in storage and as an Architect or Designer you will have a better response of the hard disk and a better capacity to store your files.

This is one of the most important parts in which every Architect and Designer must put emphasis when buying a computer or computer for their work. The new iMac are equipped with Radeon Pro 570/575/580 graphics cards with up to 8 GB of VRAM for the most advanced model (27 inches and 5K screen).

The 21.5-inch model and 4K screen will have the Radeon 555/560 and up to 4GB of VRAM, these new computers are definitely perfectly equipped so that, as an architect or designer, you can take advantage of software such as AutoCAD or Max 3Ds, which They consume resources in graphic cards.

In the case of the MacBook Pro, Apple mentioned that many improvements are still in process, but announced that the processors of this computer have been updated to the new generation of Intel Kaby Lake. In addition, reference was also made to a reduction in the price of the basic model of this computer of up to 100 dollars.

Another important announcement that was made regarding the MacBook Pro is concerned, is that there will be a version that will include the famous «touch bar», implemented since last year in the new computers.

We arrived at one of the most interesting parts of this announcement: Prices.

The prices of the iMac are the following:

Well, friends, as you can see Apple’s new computers definitely offer great performance for design applications and video editing, if you dedicate to 3D modeling or Rendering these computers are definitely a great option. Remember that to find more content like this you have to go to https://arquinetpolis.com