Do you want to design a space under the loft style? Here we will tell you how you can do it.

The loft style is a style that has created a trend around the world, here we will give you the necessary guidelines to design and create a space under this style. 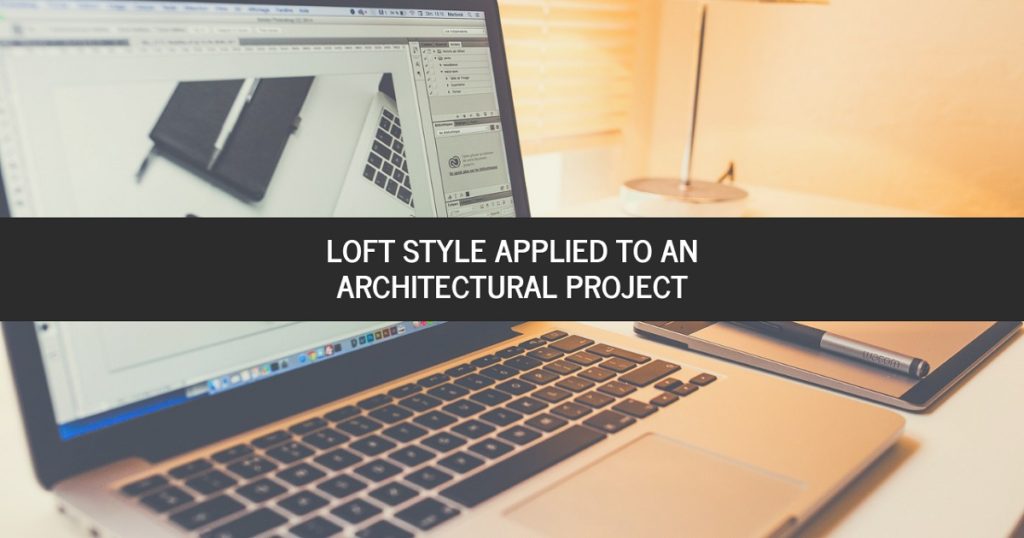 This style began in the middle of the last century in New York City, mainly in style it seemed that it was aimed at creating a global trend, however the increasingly increasing difficulty in which people were to implement this style in their homes caused it to lose popularity, although today its roots have returned to us in many re-interpretations which has allowed the style to come alive again.

The Loft style was mainly born in the United States around the 1950s, to put them in context the country at that time began to rebound economically because a decade ago there had been «the great depression» that was an economic crisis so big that I bankrupt and poverty many people in the United States. But what does this have to do with the Loft style? Well, when entering the country in crisis many factories, warehouses and industries had to close their doors becoming abandoned buildings.

This caused many people who lived on the streets or who lost their homes due to the crisis to appropriate and start living in these buildings. However, around the 1970s there began to be a movement where not only the homeless began to inhabit these buildings, students and even some bohemian artists were added, rehabilitating and adapting the buildings to small art galleries, studios photographic, stores, etc.

Immediately afterwards this moved to the genre of housing starting to divide all these large buildings into spacious and comfortable apartments that despite their industrial aesthetics began to be very attractive for people.

The loft style has many features that we can visually identify but mainly stands out for the lack of dividing walls in the floor, usually the only closed rooms usually correspond to the bathrooms or a small private study and the rest is totally open to visibility from the entrance.

The brightness is another important and fundamental point that stands out in this style because usually in the loft there are openings of natural light for all spaces since in the factories and industries of the time openings were left to prevent the air from enclosing and come to harm the workers, in space issue the loft has many similarities with minimalism but with a fairly strong industrial cut that makes it different from other styles.

Another architectural feature is the use of spatial resources such as mezzanines or «tapancos» (as we know them here in Mexico), which are a kind of small intermediate floors that do not occupy the entire floor of the house, the union of the plant low with these tapancos is by stairs that within this style can become a decorative element.

If you want to set your space under this style it is important that you try to stick and respect as much as possible the type of finishes and the materials with which the building is built so that your department does not lose identity (this in case you live in an apartment ).

The height is a fundamental point, as I already explained the first loft that existed were departments adapted over large warehouses or factories with great heights which also favored to build the small tapancos of which I spoke, in case of not having a department or housing with a great height we can achieve sensations of height with the decoration and finishes. This style allows many details of the work to be uncovered such as: pipes, electrical installation pipes, air conditioning ducts, etc.

The materials that predominate in this style are generally of an entirely industrial aspect such as cement (with a simple finish), brick and metal.

The metal can be present in the form of columns or beams that will provide that industrial touch that we want to give to the space, however we must have a lot of calculation with the amount of metal that surrounds our space since an excess of this material could cause a cold appearance , we can emphasize and make modifications of certain spaces (such as bedrooms for example) to give a greater sense of warmth.

In the purely architectural aspect we can find aspects that can help us a lot in the functionality of spaces such as conventional doors (or sliding doors) that we all know and give an industrial aspect but with a touch of modernity and sophistication. In the case of colors in this style, the darker and more opaque tones, such as navy blue or ocher, are predominantly 100% industrialized colors.

For today I say goodbye hoping that this post has been to your liking and that you can follow the advice I give here, I invite you as always to join the blog community on social networks and leave your comments. For more content like this enter and recommend http://arquinetpolis.com we continue reading in future posts, Greetings.