Are you passionate about cinema? Then this article is for you, discover here the 5 Architecture Movies that every Architect should see.

In the history of cinema there are films related to architecture, here we tell you which ones are the most emblematic. 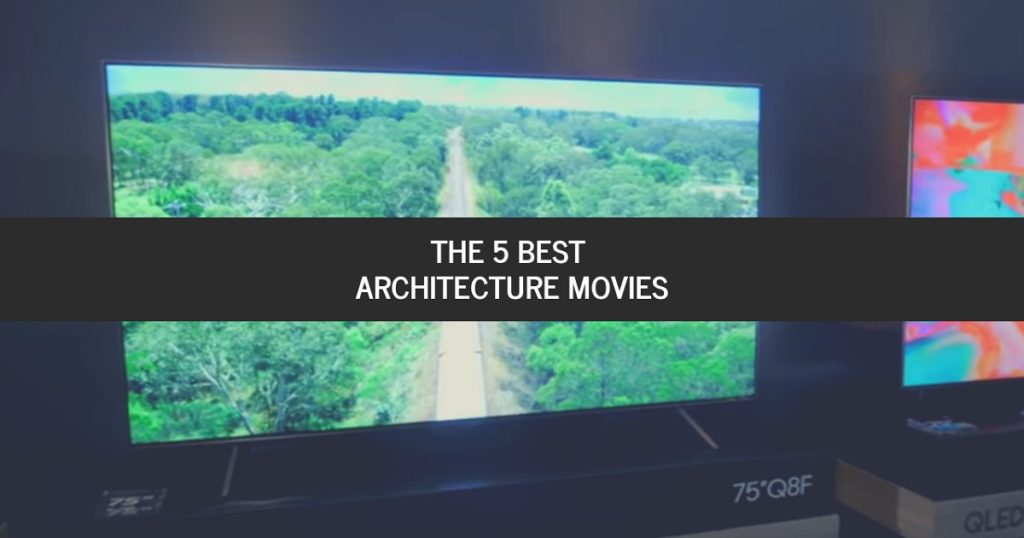 Today we bring you an article that you will surely love and is that both cinema and architecture are considered within the fine arts, but sometimes go hand in hand as on this occasion and is that here we are going to share the 5 architecture movies that every Architect must see.

Cinema and architecture are intimately related and we show you with these 5 architecture movies that will make you reflect on the role that we as architects play in our society, the theme of these stories is the architect and his way of interpreting life and its work, so each of these very interesting stories and in most cases will make you see and understand many of the things that happen in the daily life and career of an architect. Without further ado, then, we begin with the recount.

This film is quite interesting because it is narrated by Nathaniel Kahn, son of the great Architect Louis Kahn, in which he tells the story of his quest to understand his father. It is a film with a lot of meaning for anyone looking to understand the relationship between a successful architect and his family.

2- The World of Buckminster Fuller

This film, directed by Robert Snyder, was awarded the Oscar, is elaborated as a documentary and transports us to the mind and concepts of the Architect Richard Buckminster Fuller, in this documentary we will see more closely the work of an architect and how his message can impact and leave a mark in our world. The documentary is narrated by Buckmisnter Fuller himself and invites us to reflect on our work as Architects.

This documentary by Hiroshi Teshigahara will transport you to the fascinating work of the Catalan architect Antonio Gaudí. You will get to know more closely the ideas, concepts and techniques he used to develop that peculiar style that led him to design magnificent works such as the still unfinished Sagrada Familia in Barcelona. Organicism is the main theme of the documentary, if you are a fan of organic forms this documentary is for you.

This film revolves around the life of an architect who has designed a housing complex in his youth, over the years this work is deteriorating and eventually becomes a hideout for crime in the city. Definitely this film will make you reflect on the ethical and professional role of the Architect, as well as its social responsibility and the urban environment. A problem that still afflicts us in our days.

The Human Scale is a film of Danish origin that deals with the life of Jan Gehl, an architect and professor who has studied human behavior in cities for four decades. This film documents how modern cities repel human interaction and forms the thesis that we can begin to design and build cities in a way that the human needs for interaction and inclusion are more taken into account.

Well friends, as you can see the cinema and architecture are closely related, do you recommend any film that is not in the counting? Tell us your proposal through social networks or right here with an article. Remember that for more content like this you have to visit and recommend http://arquinetpolis.com